Beware the Ides of March

Today is the Ides of March. The day Caesar was stabbed in the back. The day Tsar Nicholas II abdicated the throne. The day Gollum destroyed the ring of doom. And the day that I got hitched. It is a fortuitous date.

So...how does one celebrate an anniversary? For our first anniversary, we went to Asheville, NC to visit the Biltmore and brought home with us an unexpected surprise that arrived 10 months later. Yep...10 months. For our second anniversary, I asked Michael to write me a sweet note. Telling me about his feelings. I should have asked for diamonds. For our eighth anniversary we went on a cruise. Because my husband would never knowingly spend that much money, I had to surprise him with the trip. I thought that surviving the seven year itch was a good enough reason to make a big deal out of it.

How are we celebrating today? Well, Michael hurt his wrist carrying all those Ikea bookshelves into the house...so he is not sure how he is going to play on the softball team that starts tomorrow. He bought a wrist brace...and now he needs to try it out and see what degree of bracing he needs to throw. And he actually asked me to catch for him. And chase after the balls I miss. Because I promised to love and obey him. Snort. I burst into hysterical laughter. The dejected look on his face had me compromising my lazy self and heading outside to play catch.

The kids were most amused. Madalyn said that this was the best anniversary ever. Before we get to the softball pictures, here are the cards that the kids made for us: 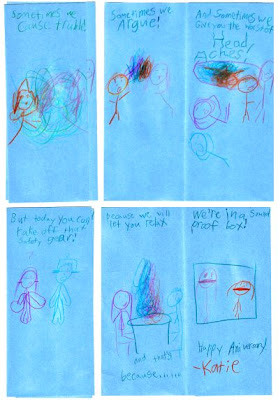 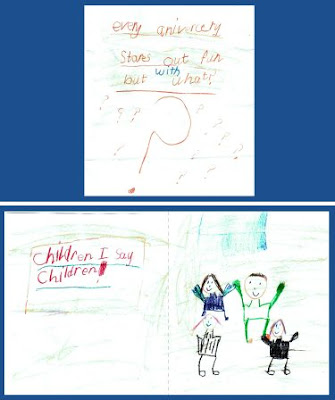 Here is my hand in a glove - with my ring symbolizing love, honor, devotion and soft ball playing upon request: 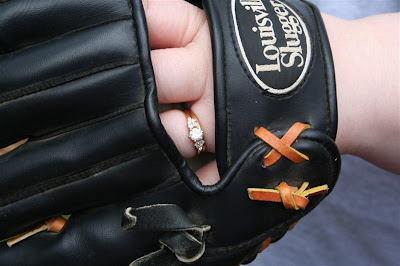 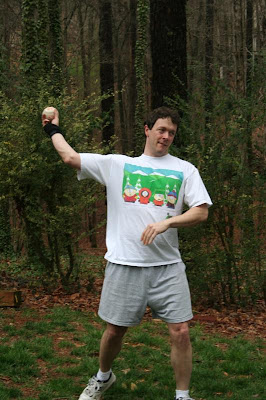 It was quickly decided that I was hopeless...and my mom took my place. 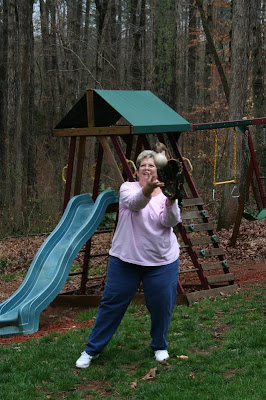 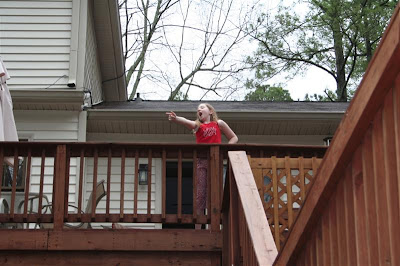 Madalyn soon got tired of chasing balls...and she put on the huge glove to play catch, too. I had no idea that softball skills were genetic. Sorry Madalyn. 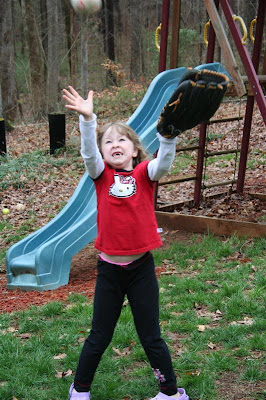 Soon, I had to wonder about my yard and admire the signs of spring all the while lamenting my lack of a macro lense. Now that would be an awesome anniversary present. 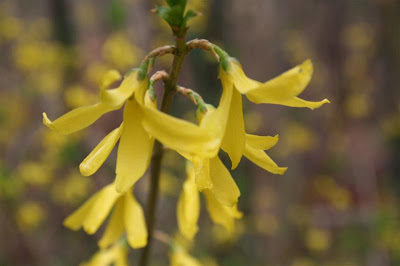 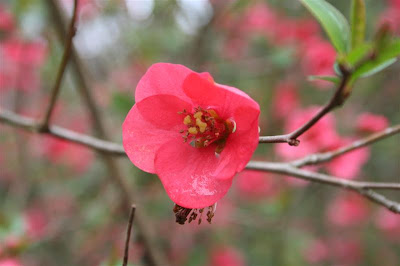 OMG, what a hilarious post! I love the photographs to go along...your hand in the glove showing the wedding ring, the flowers as you get distracted, etc. PERFECT!! What a great anniversary!! lol

ROFL! That's so funny! Whenever my hubby and I want each other to do something that is, well, out of the norm for us, we say it was "in the fine print" ;)

And yes, ball playing skills are genetic. Unfortunately for my son, he got my genes in that department. Neither one of us could hit the broad side of a barn (heck, we couldn't even get the ball *to* the barn)

I just smiled my way thru your last two posts. So very sweet and funny and filled with great photos. So, I'm lusting after your Photoshop (still don't have that. don't have a computer that could handle it. so buying Photoshop for me means needing about $1500. sigh. methinks it'll be awhile before I get to play with Layers. P-Dub's new site isn't going to help my frustration level any. This camera passion is way more expensive than anything I've ever pursued.). Love love love Katie's t-shirt!! And your flower pictures are pretty, even without that macro lens ;-).

I forgot to add, I remember studing the Ides of March in my Latin classes in middle school and high school.

just another day in paradise! That's what the sunshine and lemonade notion is all about...deep sigh...

Yep...my life is all sunshine and lemonade. It's always paradise..especially when I get to go to my happy place. Until I get home. Then it all hits the fan and we end up with lightning and lemons.

wow love the post. it even beat my birthday! i too love the pic with the glove- wedding ring showing, almost poetic.
a side note- i am reading twilight, and love it. vampire love story. have you read it?

Hi Joye - and thanks so much for joining the ramblin' wreck over here! I'll make sure that my husband does not read your comment - I don't want him to use "poetic" as an excuse to ask me to play softball again ;-)

I have read "Twilight" and am currently on the third in the series. When I finish "Eclipse" I plan to do another 888 challenge update and let the world know what I think about Bella...

That's okay, Kat. I usually don't get asked to be the catcher, when playing ball, either. :-)

I'm pretty good at hitting the ball though. Probably comes from years of playing cricket. !!