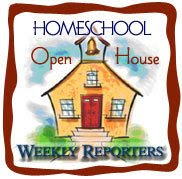 Another week in paradise at casa Sunshine and Lemonade. Well...except when I lost my temper and went on a mommy rampage. I needed a time out. A whole week of time outs. A sabbatical. I'll just take five minutes. Alone.

The kids have really been struggling with cleaning up after themselves. Madalyn especially. When she puts away her laundry - she doesn't really put it away. Some might go in a drawer. Some hung in the closet. A bit put back into the dirty clothes hamper. Some under the bed. Some in the toy box. I wonder how long it takes her to think of all the ingenious places to stuff her clothes rather than do it the correct way. Perhaps it's an exercise in creativity.

The same sorts of things go on in their basement playroom. They tell me they have picked up. But instead of putting the Polly Pockets back into the cabinet...it's much easier to put some in the cubbie of the coffee table. Or under the rug. Under the computer stand. Or maybe Polly wants to visit with the Barbies in their container - or better yet, Polly wants to get rich with the Sponge Bob monopoly money.

After weeks (months...years...) of trying to get the kids into some better habits...I have decided to give up. No...we are not going for a free for all...but instead the other extreme...we are clearing it all out. It will be a massive project of sorting the trash from the donations from what could be sold at the consignment sale. We'll see how it goes...and how they handle going from ridiculous amounts of STUFF to a limited amount of toys.

In between all the madness...we did some school work:

MATH: Katie was thrilled to move from ratios to measuring angles. Of course it took a while for her to find a protractor. It might have been stuffed under the cushion of her chair.

HISTORY: We continued our study of the Great Depression reading Learning through History Magazine and an American Girl book on Kit's world. We were going to do a paint like Jackson Pollock day - but we had torrential rains outside - so we'll need to find a nicer day to paint. You all would be impressed - I bought paint - a turkey baster to spatter the paint - and even glitter to spread over her finished product. I suppose buying crafts is not the same as doing crafts!

PHYSICS: Katie finished up her studies of magnetism and made a nice segue into the world of sounds. Yesterday she learned about how magnets are used in recording devices.

SPELLING/GRAMMAR: In spelling, Katie learned the rules for when you double the final letter of a word - or when the "e" is dropped if a suffix is added. In Grammar, she finished the review of chapter 5.

WRITING: This week Katie was given the choice to read either "Esperanza Rising" or "Bud, not Buddy." She chose "Esperanza Rising" and finished it up this morning so that she could complete her book report. Also this week, I added the workbook: Report Writing. I really think this is going to help her with some basics. She's learned about fact vs. opinion; types of reports; parts of reports; read examples of reports; and read about the process. Yesterday, she read a section called "Report Writing can be Fun." She had to write a paragraph explaining what she would do to make report writing enjoyable - and here is her answer:

"I don't feel that report writing is unenjoyable, but the most enjoyable thing in school work To make it more enjoyable, I like to add a little sense of danger. I pretend that I'm the smartest person in the world, but that I'm in danger. I will be killed by the government if I don't do this report gladly, and that spices it up."

I have a very strange child. Maybe that is why toys and clothes are stuffed here, there, and everywhere...on a dime, the government might call her in, with no time for packing, she'll just have to grab what is closest.

LATIN: This week she learned about fourth conjugation verbs and ordinal numbers.

PIANO: She finished her sheet music and is now focusing on the second page of her difficult assignment. She is working on a piece by one of Bach's sons (isn't today Bach's birthday?). Also, she is now doing two octave scales.

We all need time outs from time to time! *Ü* Glad to know I am not alone in the mommy corner! Lol I can bring cookies if you want!

Can you hear me saying “preaching to the choir girlfriend!” My girls are older... and yet they do some of the same things your girls are doing... We are in a HUGE spring cleaning mode here... but we are going to have a mammoth yard sale! We actually enjoy it! This time... when its over though... its all going away... if it didnt sell its donated...

You had a good week my dear... oh and remember... we can meet up in the mommy corner anytime!

Good for you guys who are having consignment/yard sales, etc. I need to gear myself up for something like that.

Katie's paragraph was too funny. I loved it. Sounds like she's gotten some good work done this week.

Oh I hear you! The same things happen here at my house. Even the mommy time outs. :o)

Your week of learning sounds wonderful. You are such a blessing to your children and an inspiration to others. Thanks for sharing from your heart.

Have a wonderful Easter!

I am truly enjoying your blog. You may see me around as a frequent visitor. I have to admit, I lose it too with the children and maybe I need to start going into a "mommy timeout". :)

Have a Happy Easter!

It's posts like these that keep mom's going. It lets us know we're not the only ones (who live with slobs ;)

We sent our son in to clean his room one day, and 15 minutes later he emerged. My hubby and I shot each other a glance, then I asked Cody if he'd finished cleaning his room. Yep, he replied. So I asked the obvious question "Did you stuff it all under you bed?" His reply: "Just what I could fit. The rest went into my closet." At least he's honest ;)

Thanks so much everyone for all the encouragement! Putting it out there for the whole world to read is quite cathartic...and helps much with perspective.

I did the Mommy rampage earlier this week. My oldest couldn't find her shoe. It was under the Barbies in her closet. The Barbies are supposed to be kept in this huge laundry basket in her closet but since there were 76 Barbies, the basket was overflowing. We had a long discussion about excess. We then picked 35 Barbies to remove from our home. Still not ideal but the laundry basket is no longer overflowing and Bailey should now be able to find her missing shoe.