So...why would any normal, sane, ordinary family venture out of the heat that is Metro Atlanta to the more intense heat of San Antonio? In June? It's not to see The Alamo. Or the River Walk. Or Cowboys. Or to eat Blue Bell ice cream. Did someone say ice cream? We came to visit my best friend, Cindy Sue.

We were thrown together as college roommates at the University of Georgia. In an unairconditioned dorm called Creswell. And we just clicked. And laughed. We laughed so much...about thing that we were the only ones to find funny. Like this picture. Which we thought was hilarious. 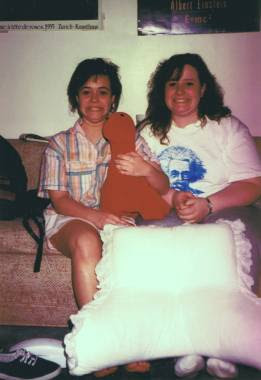 We had very different schedules in school. And every afternoon, I would come home from classes and Cindy was taking a nap on her bed. So, naturally, I had to take a picture. Which was immediately followed by another picture as she showed me a very rude gesture.

Cindy came home with me on weekends...and we brought all our laundry to my mom. I had Thanksgiving with her family in South Carolina...and again when her parents moved to Chicago. Here we are at the Hard Rock Cafe. Can you tell it was a little chilly out? 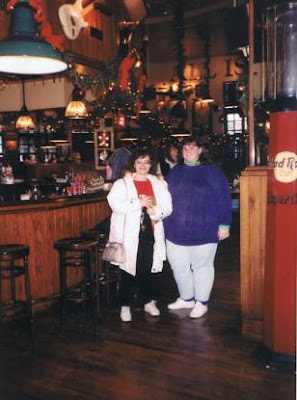 And after college...even though she moved to Florida...and then to New Mexico...we remained close. Talking sometimes daily. For an hour. About absolutely nothing.
We threw showers for each other when we got married and when we had babies: 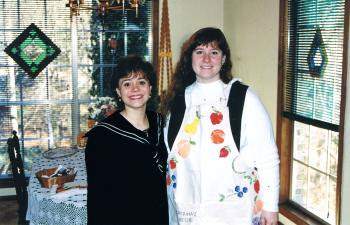 We were co-conspirators maid/matron of honor at each other's weddings. 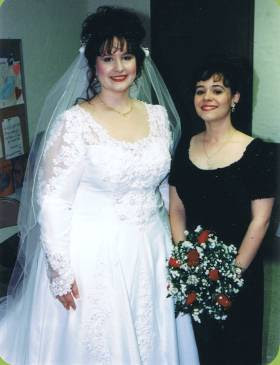 And she is the fairy god-mother to both of my girls: 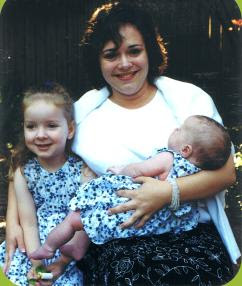 So...that is why an allegedly normal family would venture to "Africa hot" San Antonio. In June. Because sometimes talking and laughing on the phone is just not enough.

oh KAT!!! How very very fun to see pictures of you over the span of several years (I especially love seeing your Southern Belle wedding photo :-)
Friends are totally worth travelling for, aren't they?!? Have a wonderful, blessed time!!!!

Aww, BFF's are totally worth traveling to the ends of the earth for! Mine came somewhat close to moving to London (England) a couple of years ago and although it would have pained me to have her that far away, I certainly would have made the journey to visit her! Have a great time during your visit!

Awww...she looks like a sweetie! Don't you just love BFF's? Mine is the sister I never had.

Susan--We are having a great time. Just hanging out. Letting all the girls play at the pool. Talking about a whole lotta nothing! And...Southern Belle wedding dress? Really? Maybe if you're from California :-)

Heather--Cindy wanted me to be sure to tell you that, yes, she is a sweetie :-) And for saying so, you are now her new BFF.

Great pictures! I love the wedding photo too, pretty dress!

It sounds like you two have a wonderful, long-lasting friendship, and those are SO important. It's nice to just pick up like there was no time apart, you know?

I hope you're having a blast in San Antonio!! :o)

BTW, you've been tagged! Check out my blog :)

oh my--the pictures that Katrina could have used on this posting and did not,...now that's a BFF!!!!love you much, Trina!
cindysue

Great pics, Kat!! When are you guys going to San Antonio? Like now? I wish I could've coordinated getting over there about the same time. We've just been gone so much here lately. Let me know the dates and who knows... maybe hubby has some work to do then. ~Jill :)

Cindy Sue--Sister of my heart...ummm...not only did I not share all the pictures...but I didn't share all the stories. Like the ones about that couch we are sitting on. Cause those seem to be the only stories I remember here in my dotage!

Jill--Yep, we are here now. We arrived Saturday...and go home this Saturday. We are just hanging out...going to the pool...and trying to stay cool. Although we might venture out to "see Texas" as Katie keeps asking me to do...

What I really must say for all the photos is this: Love.The.Hair.

Mint Juleps help with Africa heat, so I hear.

A) Hooray for BFFs. Especially BFFs that are willing to fly across several states for.
B) I loved you before, but now I wanna kiss you full on the mouth. University of Georgia! UNIVERSITY OF GEORGIA!!!! Girl, you know my love of all things Bulldog...why haven't you mentioned you WENT there?
C) Please go to River Walk...eat some chips and salsa...drink some Corona Light with lime. Maybe pop a few peanut M&Ms, too.

EVERYONE needs a friend like that! My best friend and I literally grew up together...we were next door neighbors, went on vacations together, etc...Although she only lives about an hour away from me, we talk allllll the time and get together when we can. I still can tell her anything! Lives are crazy...she has 3 kids and I have 2 but I love her to pieces! What a sweet post!

I love a friend you can talk to about nothing for hours! Good stuff!HAVE FUN!

How wonderful that you guys have remained such great friends! And love the photos! I wasn't a big picture taker until I started scrapbooking. There are so many friends that I have *no* photos of!

Can't wait to see the photos and stories from your trip! Maybe she could offer up some stories about you for the blog.... :D

That's so nice. You are blessed to be able to find a girlfriend who can listen to you without complaining and understand you with all your hectic life. Definitely worth a trip to visit even in the spanking hot summer. :)

What a sweet tribute to your friendship. I love these kind of posts. Cindy was a gorgeous bride. Please tell her I said that. It's so wonderful to have a BFFL.

Awwww--- you make me miss my BFF. What a special friendship you have!

Boy treasure your friendship. I've never had a BFF. :-(
It's amazing to see though.