Semi Wordless Wednesday, because you NEED to know the story

I never had a sister. I have friends who I like to think of as my sisters. Without the arguing over clothes. Or which television show to watch. Or who stole the make-up and hid it in the car on a hot day, thus ruining it forever. I tell my girls how lucky they are to have each other. That not everyone has a sister. And then they roll their eyes at me while one complains that the other ate part of her snack...and she wasn't done yet. As if we don't have more food in the pantry. But that part the sister ate (errr...stole)...it was the best part.

Then, sometimes, they get it right.

On Sunday I was talking to my mom...and Katie comes rushing in yelling: "you have to come outside now and see Madalyn. Hurry. And no, she's not dead." Love the addendum. Good to know. So we rush outside to see: 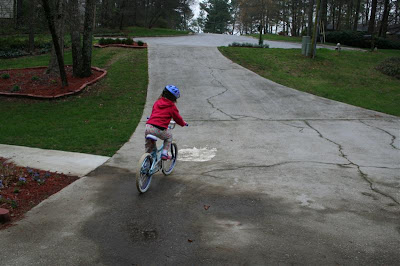 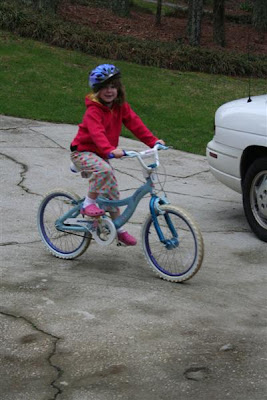 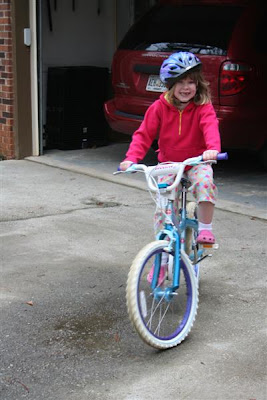 And Katie is just so proud...because she showed her how to do it. And she shared her bike with Madalyn. And didn't demand it back...but decided to have a go at Madalyn's smaller bike. With the training wheels. Her long legs are a bit much for that bike! 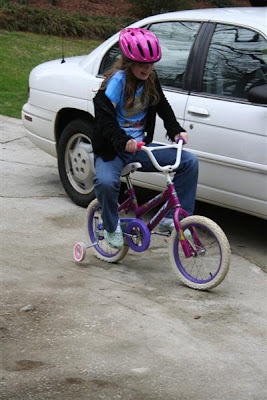 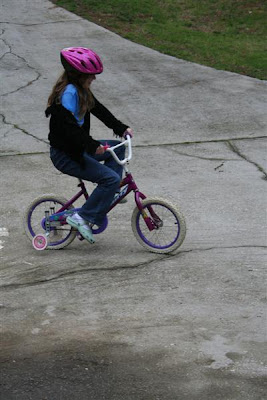 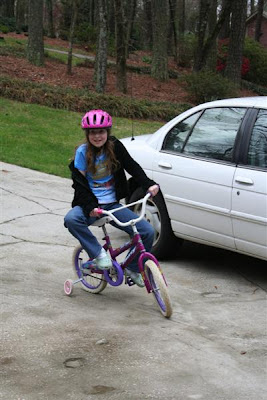 "Having a sister is like having a best friend that you can't get rid of." 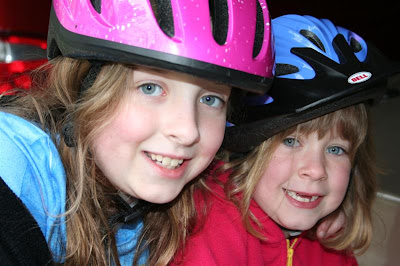 Congratulations!
I love the 'no, she's not dead!'

Oh, that's totally one of those priceless moments!! What sweet girls!! I'm so impressed. I love it when my boys are having one of those moments (cancels out all the other fights and bickering).

Awwww, I'm so touched by Katie's generosity and big sister pride and by Madalyn's reveling in the moment. Precious!

I'm working on my blog layout today. Where did you get your template? I want change!

That is too sweet and what a great memory they will share!!

Thanks for sharing those wonderful sentiments! Your girls are priceless!

Oh.. That is just too cool! So glad for the warning she gave you before you went outside! lol Kids are so darn funny! I love it...

That is so sweet! What a great big sister Katie is!

I, too always longed for a sis to grow up with. :)

Have you gone to the Anne Frank exhibit at the DeKalb History Center? I'm thinking Camille would really appreciate it right now. I've never been there; I guess it is in Decatur.

I let the cousins go nuts. That's what memories are made of, you know? But I'm glad to be back to peace and quiet, all in all.

I love that addendum too. Moms need those sometimes!
I love your last sentence. Sadly my two sisters have both passed away.

THAT is a great post and one that you need to print and give to them when they are older!

That is so sweet. Brothers would do it a little differently like take your younger brother to the top of a hill and push him down it really fast.